There are many other reasons for difficulty breathing: each case needs to be properly assessed by a vet. Normal, comfortable breathing is something that shouldn’t take for granted.

When it comes to diseases affecting breathing, there are two sections: upper airways and lungs.

The upper airways are the tubes that carry air from the atmosphere into the lungs. Air enters the body via the nostrils and the mouth, passing through the back of the throat and the voice box, and from there it passes down the windpipe into the lungs. Airway problems generally refer to obstruction of these passages. This can be caused by innate problems from within the animal (such a windpipe or nostrils that are too narrow for the free flow of air) or they can be due to external causes (e.g. if a dog inhales a foreign object such as a stone).

Once the air has been carried into the body via the upper airways, the lungs are the next destination. These have a sponge-like structure: as air circulates inside the “sponge”, oxygen diffuses into the body, and carbon dioxide and other waste passes out into the air. Regular breathing is an essential part of this process so that fresh oxygen is continually drawn into the lungs, and the waste gases are continually moved out.

Breathing is one of those automatic processes that happens without even thinking about it. You can consciously alter your breathing, taking deep breaths, shallow breaths, or even holding your breath, but you cannot consciously stop breathing completely. After a minute or two, the automatic systems in your body over-rule your will, and you find yourself gasping for breath.

When a vet is presented with an animal that has abnormal breathing, the first step is to stand back and observe the breathing carefully. Much can be learned from watching an animal before even going near them. This is part of the art of veterinary medicine: different diseases tend to cause specific types of abnormal breathing. The following real-life case studies give examples of how vets work out what’s happening.

In this particular case, an x-ray confirmed the condition that was suspected: a ruptured diaphragm, probably after being hit by a car, or being in an accident of some sort. In this case, an urgent operation was necessary to repair the tear in the diaphragm, to allow the animal to breathe normally again.

2. Infection Causing Fluid around the Lungs

Again, an x-ray solved the mystery: an infection had caused fluid to gather around the animals’ lungs, stopping them from expanding properly and forcing him to take rapid, shallow breaths. Treatment involved draining off the fluid with a needle and syringe, then using antibiotics to control the infection.

He needed a radical operation – a tracheostomy – with an artificial hole being surgically created in his windpipe so that his squashed up nose was bypassed. The surgery was successful: he stopped collapsing, and his breathing became almost silent.

4. Obstruction in the Nasal Passage

In his case, the reason was obvious when the Vet examined him closely. A piece of green vegetation was visible, emerging from his left nostril. When the Vet took hold of this with forceps and pulled, they removed a three-inch blade of grass that had been clogging up his nose. His breathing returned to normal as soon as this was removed. 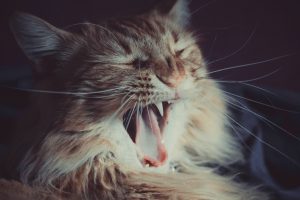 Respiratory System
If a cat develops difficulty breathing, this can be an emerg… 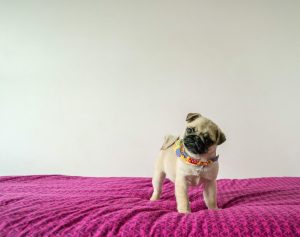 Respiratory System
Difficulty breathing - or breathlessness - can be caused by … 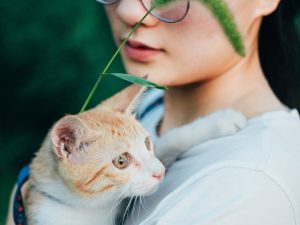