Arthritis of the Hips

The type of arthritis that is probably the most well-known is arthritis of the hips.

The ageing large breed dog (such as a German Shepherd or a Retriever) is usually slow to get up on the hind legs: long term old-age associated arthritis of the hips is one of the most common causes of this. Sasha’s story explains the severity of this problem.

Sasha, the Golden Retriever pup was just six months old but she was gradually becoming less active when exercised, and in recent days, she had started to sit down in the middle of her walk. She put her rear end on the ground and refused to budge. Was this psychological, or was there something wrong with her?

Sasha was a classic, dramatic case of hip dysplasia.

The severity of her problem was confirmed when the Vet manipulated her hips under anaesthesia. Her hip joints were so loose that the Vet could pull them right out of their sockets with ease. In a normal dog, the hips are so tight that this is impossible to do.

Hip Dysplasia is a common problem in large breed dogs and the main cause of arthritis of the hips. It’s passed on from parents to offspring, although the precise mechanism of inheritance is complicated. Ideally, breeding dogs should have their hips checked by Xray assessment before breeding from them.

Each hip is given a number representing the quality of the dog’s hips: this is known as the “hip score”. If a dog has a bad (high) hip score, breeding should be avoided, to prevent the creation of puppies with hips like Sasha.

The two aspects of Hip Dysplasia feed one another. The laxity of the joint stops the normal bones from developing, and the abnormal bone outlines prevent the joint from fitting tightly together.

Pups like Sasha may have apparently normal hips at birth: a combination of genetic, hormonal, and environmental stresses causes too much looseness in the developing joint, and the problem gradually gets worse. Owners often don’t notice any problem until the pup is six months old, but it just gets worse from there.

The deteriorating condition of the joint is aggravated by the increasing weight of the growing dog, putting more pressure on the wobbly joints. And then arthritis starts to develop, with painful inflammation caused by the mismatch between the two joints surface. Some dogs are unable to walk by their first birthday.

Her owner has also had her spayed: there’s no way that a dog with this degree of abnormal hips should be allowed to pass the problem on to the next generation.

If you know people who are considering buying a large breed of puppy, don’t forget to tell them to ask this question to the breeder: “Were the parents hip scored?”. If the answer is no, they should move on.

Only a minority of cases of Hip Dysplasia are as bad as Sasha: more often a dog will just be mildly lame until they reach middle or old age when arthritis of the hips begins to kick in. The painful creaky hips of older large-breed dogs such as Retrievers, Labradors, and German Shepherds are often caused by some degree of Hip Dysplasia.

When older dogs start to develop painful, creaky hips, there is a tick-list of treatments that I generally run through with owners.

If an animal is obese, the extra weight pressurises the joints, causing further damage and increased pain. The most effective treatment for many dogs with painful hips is simple weight reduction. If an owner is not sure whether or not their pet needs to lose weight, they should ask their local vet.

A balance of exercise is needed for dogs with painful hips. Too much exercises cause ongoing damage and inflammation to the hip joints. Not enough exercise can cause the joints to stiffen up, and the muscles around the joints can become weaker. The optimal amount of exercise varies with each case, but on average, around 20 minutes twice daily suits in most cases.

A range of different treatments are available for painful hip

Vets stock a wide range of these, from “Rimadyl” to “Metacam” and others. These have been proven to be the most effective form of pain relief for most dogs with arthritis, but like any drug, there are potential side effects, including gastric irritation, as well as the possibility of liver or kidney complications. That said, a daily dose of NSAIDs gives many dogs significant months and years of extra life: without the medication, many dogs would be euthanased because of the poor mobility and pain caused by arthritic hips.

This is an injection that is typically given once a week for a four week course, and this can be repeated every six months. This is a disease modifying osteoarthritis drug that helps maintain joint health, including preserving joint cartilage that is damaged by the arthritic process.

These products contain glucosamine and chondroitin sulphate, such as “Arthri-Aid”, which are often recommended for the treatment of arthritis: some people believe that they make a significant long term positive effect.

Hydrotherapy and acupuncture are also often recommended to help animals with arthritis of the hips.

While Hip Dysplasia is the most common cause of arthritis of the hips, the problem can also follow traumatic injuries to the pelvis (such as road accidents causing pelvic fractures), as well as a range of other, less common, developmental diseases.

Arthritis of the Hips in Cats

Cats can also suffer from arthritis of the hips, but the condition is far less common than in dogs: the most common problem is linked to pelvic fractures following injuries such as road accidents. Certain pedigree breeds of cats, such as Maine Coon, Persian, and Siamese, are prone to Hip Dysplasia, with a similar type of joint laxity and arthritis to the problem in dogs.

Cats can mask the signs more adeptly than dogs, but owners may notice stiffness, a crouching hindlimb gait, intermittent lameness, and an inability to jump or climb. Treatment of the problem is similar to that in dogs, except that Total Hip Replacement is never needed in cats: due to their small size, the Femoral Head Osteotomy procedure is far more successful than in dogs. One final comment: in theory, hydrotherapy may be helpful for cats as it is in dogs, but how many cats do you know that enjoy swimming? 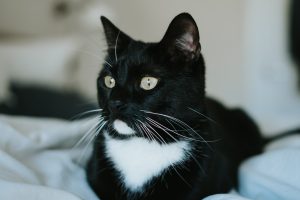 Legs and Feet
Signs of arthritis and how to treat it 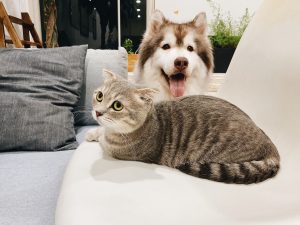 Legs and Feet
An in-depth look at arthritis in pets 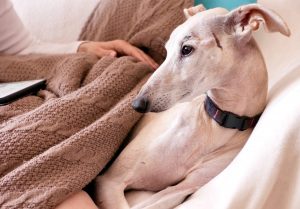 Injuries
The forelegs carry 60% of the weight of an animal's body, so… 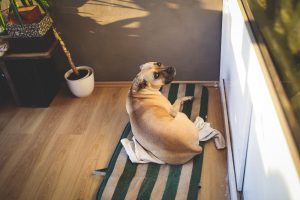