Ferrets have been domesticated by humans for thousands of years, but for most of this time they have been kept as utility animals, rather than as pets. They have been used to hunt rabbits and rodents in Ireland for centuries, for pest control as well as for “sport”.

Ferrets originally came from the Mediterranean area, being introduced across northern Europe by Roman Empire expanded. Most people who are not used to ferrets find them frightening.

They have long, slinky, snake-like bodies and rat-like heads with small eyes and sharp front teeth. Everyone worries about being bitten, but the truth is that a typical ferret is no more likely to bite you than an average dog. Of course, there is a risk of being bitten, but it’s only a small risk, and it’s only likely to happen if you handle the ferret inappropriately, perhaps accidentally hurting them or giving them a fright. Most ferrets have no interest in nibbling on human skin.

In Ireland until recently, ferrets were only kept as hunters. They were trained for this, learning to go into burrows in search of rabbits and rats. Their handlers set up nets at the exits to the burrow, catching their prey as they rush out to escape the ferret. Nowadays hunting ferrets wear radio-emitting collars, so that if they go missing, their handlers can pinpoint their location underground so that they can be retrieved. But even then, the popularity of ferrets as hunters has waned.

It’s only in the past twenty years that ferrets have been popular as pets in this country. They are still just a minority interest pet, but people who have them tend to be very enthusiastic. Ferrets are small, easy to look after and they have very entertaining personalities. If you are looking for pets that are different, then it’s well worthwhile considering a pair of ferrets.

Many people expect ferrets to have a strong, rat-like smell, but if male ferrets are neutered when young, and if their bedding is changed regularly,  there’s hardly any noticeable odour.

Ferrets tend to be healthy pets, as long as they are kept in the right sort of environment, with the correct type of diet.  A vaccine against Distemper is recommended if they are going to be out and about at all, but most ferrets are kept in their owner’s home, in isolation, so the risk is low. 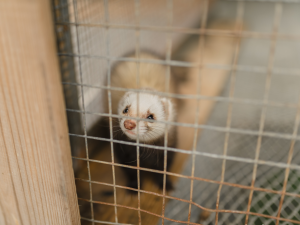 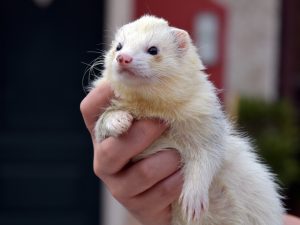 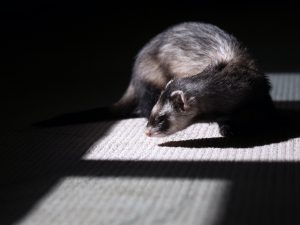 Cushing’s Disease in Ferrets
General Illness
﻿One common illness in ferrets is Cushing's Disease, and i… 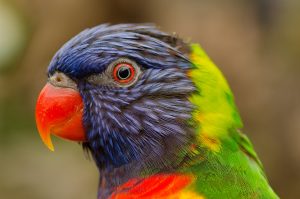