Dogs Trust Ireland launched a powerful video last week in an attempt to #EndPuppyFarming in Ireland.

The hard-working and dedicated charity has been urging the public to be the voice of the parents and puppies in Ireland by signing their petition to eradicate puppy farming across the country.

“This year alone, we cared for 130 victims of illegal puppy farming. The dogs suffered from matted coats, caked in their own excrement, overgrown nails, dental disease, ear infections, skin infections and were described by our Veterinary and Behaviour teams as ‘terrified’ of human contact. So bad was the condition of the dogs’ coats, many had to be shaved upon arrival.”

Executive Director, Dogs Trust Ireland, Becky Bristow said: “While the term ‘puppy farm’ may conjure images of fluffy puppies roaming free, nothing could be further from the truth. The condition of the dogs we took in was appalling. Their physical neglect and the pain many of them were in was shocking enough but their sheer terror and avoidance of humans is something that will stay with our team forever.

With an increasing demand for puppies over the last year, the Head of Communications for Dogs Trust Ireland, Ciara Byrne explained that: Sadly, the pandemic has been a puppy farmer’s dream come true. The massive demand for dogs, especially ‘designer crossbreeds, saw dogs advertised online at huge prices, meaning huge profits for many unscrupulous, greedy breeders.’

Dogs Trust, along with the Petfix Club team are asking people to source their dogs responsibly. Please sign the petition to end puppy farming in Ireland here.

If you are looking to adopt a dog, or source one ethically please talk to Dogs Trust directly, or Dr.Tim Kirby at PetBond.ie 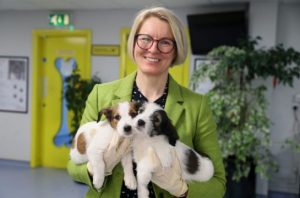 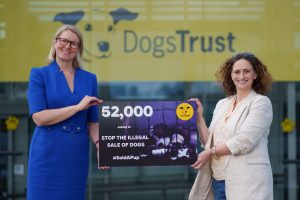 Dogs Trust Gather Over 52,000 Signatures asking the Oireachtas Committee to Stop the Illegal Sale of Dogs 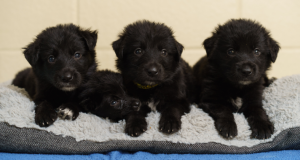 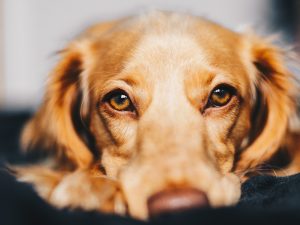