In Ireland, around 65% of the pets people take to the vet are dogs, around 30% are cats, and the remaining 5% is split between:

Treatment For All Types Of Animals

Vet students learn the basics of treating every type of animal; qualified vets are equipped to treat most of the common conditions that affect the more exotic types of pets, and are fascinated by the variety of nature’s kingdom.

In the twenty-first century, however, science has taken us further along the road of specialized treatment of different species, and pet owners often, rightly, have high expectations for optimal care of their much-loved animals. These days, if a vet us asked to deal with a complex, intricate illness affecting a species that they do not see regularly, they will suggest a referral to a vet with a particular interest in that species: it has become impossible for vets to be “experts in all animals”.

That said, there are many illnesses of these pets that are common, and that can be effectively treated by vets who are not specialists. In some ways, this can be compared to the work of GP human doctors, who will treat common ailments, but who will decide to refer certain cases on to specialist consultants.

So what conditions are most common in these so-called “exotic” pets?

The first, and most important, point to make is that most of the diseases that affect these types of pets are linked to poor husbandry. Many people don’t do enough research on the correct way to keep a particular type of animal. Many pets live in conditions that do not suit them. They are often caged, living in an environment and climate that is very different from the place where they come from in the wild. This means that they cannot seek out the living conditions that suit them naturally: they are forced to put up with whatever their owner provides. Sadly, in many cases, this leads to ill health.

The greatest improvements to the health of most of these pets can be achieved by simply educating owners to improve the daily environment and diet of their pets.

Rabbits are far more popular than in the past, with many living free-range in the family home, using a litter tray like a cat. The three top issues for rabbit are simple:

Guinea pigs are great small pets for children, with a squeaky, chirpy personality. Their top three illnesses are

Hamsters, gerbils, rats, and mice are similar types of small rodents: different folk have different preferences as to which type of creature they prefer (my favourite- the rat – is many people’s worst possible pet).

Ferrets, kept as little hunters in the past, are now kept as pets, and they are prone to their own issues:

Birds – from parrots to budgies and canaries – suffer from

There’s a long list of illnesses that can affect fish, but nearly all of them come down to one simple fact: poor water quality, due to overfeeding and inadequate tank maintenance. It’s often effective to have a sample of tank water analysed as a way of finding out why a fish seems unwell.

These illnesses are just a sample of what can go wrong with exotic pets. How far should you go with the diagnosis and treatment of these pets? That’s up to you, although it may depend on your budget. Exotic pets are no less important than other pets, and it’s up to each of us to cherish them as much as we can. 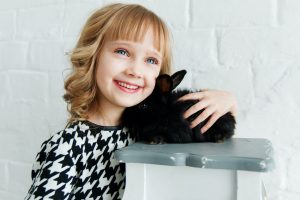 General Information
Rabbits are social creatures, and have evolved to enjoy the … 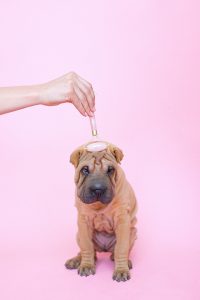