Maria had originally planned to have Carly spayed when she was young. She realised that there were already far too many pups in Ireland: thousands of unwanted dogs are euthanased every year in local authority dog pounds across the country. If every owner had their female dog spayed before her first season, the huge problem of stray dogs would be solved.

As Carly grew up, somehow it never seemed like quite the right time to get the operation done. When she met a lovely young male Bichon Frise, who belonged to a friend of the family, the idea of letting her have just one litter began to appeal. Maria had often thought of having two dogs, and she adored Carly. Why not let her have just one litter, and then keep a pup for the long term?

Maria made sure that she planned the pregnancy properly, having both Carly and her male friend checked to make sure that they were fully healthy, without any inherited defects that could be passed on to the pups. Everything went according to plan, apart from one surprise: in the end, Carly had just one pup. Maria had expected up to eight puppies, but she was delighted with the singleton: he was named Milo, and she decided to keep him as a long term friend for Carly.

Carly has turned out to be an excellent mother, dedicating herself to caring for Milo, all day, every day, for the past month. He’s grown rapidly, and at just one month of age, he’s already over a quarter of her body weight. He’s been a hungry pup, suckling fiercely on his mother’s mammary glands, and she’s produced plenty of milk. Maria has started to offer him semi-solid food now, giving him puppy nuts soaked in warm water, on a saucer. He’s lapping this up several times a day, and he only goes back to Carly for “comfort feeds”, suckling on her for a few minutes, several times daily.

Carly and Milo were brought into my clinic for a “one month” check, to have them weighed and to organise worm doses for them both. They’re in excellent health, but there was one small problem: a hard nodule, the size of a thumbnail, had developed in one of Carly’s mammary glands.

Mammary cancer is the most common tumour to develop in female dogs, and any lump in the mammary area needs to be taken seriously. If a cancerous lump appears, prompt surgery can be life-saving, ensuring that the tumour is removed before it’s had a chance to spread elsewhere in the body. Hard lumps in the mammary area need to be taken seriously, often by taking a simple biopsy and sometimes following this up with surgery to remove the lump.

In Carly’s case, cancer is less likely, and another diagnosis seems more probable: mastitis or inflammation of the mammary glands. Milo, the pup, has been pummelling her mammary glands fiercely as he’s suckled on her. He has sharp little teeth, and he’s a strong pup. Perhaps it’s not surprising that her mammary glands have been damaged by his onslaught.

Carly’s been given a course of antibiotics, but there’s another aspect to her treatment: Milo has to be weaned as rapidly as possible. He’s been offered more solid food, more often, and his suckling sessions on his mother are now shorter, and less often. Within ten days, he’ll be fully weaned, and Carly’s mammary glands will be allowed to rest and recover. 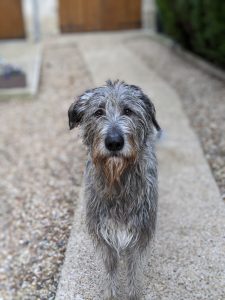 Cancer
Mammary cancer is the most common malignancy to affect older… 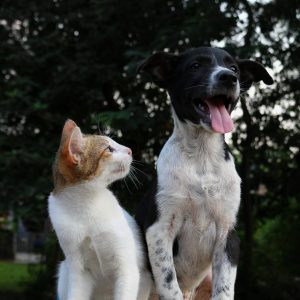 Cancer
Mammary tumours - the equivalent of breast cancer - are very… 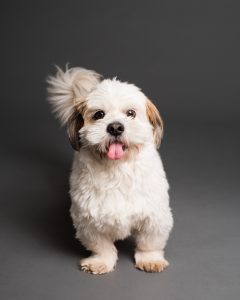