Molly is a pretty black and white cat. Sally, her owner, had chosen to allow her to have one litter of kittens. She was pregnant, and the kittens were due to be born any day.

Sally had organised a kittening box for her cat, in a utility room in her house. There was plenty of bedding, an infra-red lamp overhead to give extra warmth, and a nearby cat flap to allow Molly to come and go as she pleased.

Molly enjoyed sleeping in her new sleeping quarters. One morning, Sally did get a surprise, but it was not what she was expecting. Molly had vanished.

Sally went on a hunt outdoors for her cat, calling her name, and listening for a reply. She searched for her garden, but there was no sign of Molly.

Then she took a torch to check under her garden shed, and sure enough, Molly was there. She had found a dip in the ground under the shed, and she was curled up there, looking watchfully back at Sally. She had a littler of tiny new-born kittens beneath her.

Sally knew that this outdoor nest was not the best place for them. She reached in, and at arm’s length, she was able first to grab Molly, and then to pull out each five small, wriggling, newly born kittens. She carried them all into the kittening box indoors, and she locked the cat flap so that Molly had to stay there.

Runt Of The Litter

An hour later, Molly had not settled: she wanted to go outside, pawing at the cat flap.

Sally opened the cat flap and watched carefully as Molly bolted out through it. She went directly to the dip in the ground under the shed, and she was sniffing around and pawing.

Then she grabbed something in her mouth and came out again. She went straight back through the cat flap, and into the utility room. Sally followed her.

Molly had returned to the kittening box with a tiny white kitten in her mouth. It was lying motionless, and at first, Sally thought that it was dead.

But then she saw that there was a movement of its chest wall. It was breathing, but not moving in any other way.

Sally presumed this was the runt of the litter, and she did her best to help it, lifting it directly onto one of Molly’s nipples every hour, and trying to squeeze some milk into its mouth.

The kitten remained floppy and although it began to move its head, Sally presumed that it would not survive the first night.

When Sally came into the utility room the next morning, she was surprised to see all six kittens in a line, suckling busily on Molly, as the cat lay contentedly on her side.

The tiniest kitten was now feeding herself and was beginning to wriggle like her littermates. Sally continued to give her special attention, making sure that she was given plenty of suckling time ahead of her more dominant brothers and sisters.

The black and white spots on the kitten’s heads made it easy to name her: she became “Domino”. The rest of the kittens went to new homes a couple of months later, but Domino stayed with Sally and Molly.

She has remained only half of the size of a normal kitten, but she is all the more adorable for this. Molly is as fond of her as ever: the two animals curl up together to sleep.

This mother and daughter combination seems to be destined for a life-long relationship of companionship.

General Information
Sophie, Cassie's owner, had chosen to allow her to have one … 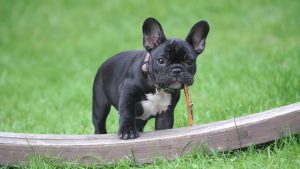 Behaviour
Many people have their pets sleeping in their own beds. As l…

An Animal lover was left astounded when she caught her new kitten nursing off her dog.

News
Photographer Suzanne Collins caught the amazing sight of her… 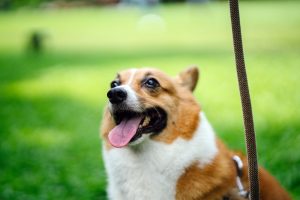 Animal Welfare
Toby had the classic signs of a tooth root abscess. Dental a…