When you think about the five senses, of sight, hearing, smell, taste, and touch, you can probably rapidly prioritise them into an order of importance for yourself. For myself, I would probably place them in the same order as I have written them, but I suspect that everybody has their own view. Whatever about humans, the rating of the importance of each sense would be highly variable between different species of animals.

For birds of prey, vision is a priority: they can see up to eight times more clearly than the human eye. A Golden Eagle can see a hare from a mile away, allowing it to swoop down from a height to seize dinner.

As far as hearing goes, whales can communicate over several hundreds of miles using very low, infrasonic, sound waves. Meanwhile moths can hear high pitched sounds, with a hearing range up to 240,000HZ. (Humans can only hear sounds up to 20,000Hz). This allows them to detect the approaching noise made by a predatory bat, and so they can escape.

The brain of a dog has a huge “olfactory lobe”, which is the section of the brain that processes smells, and the lining of a dog’s nose has around forty times as many scent receptors as humans. This allows dogs to pick up odours that are “invisible” to humans. Working dogs are now used as scent detectors in a wide range of situations, including human bodies, blood, explosives, guns, drugs, gold ore, gas pipeline leaks, termites, sea turtle eggs, endangered species, traces of flammable compounds used in arson, snakes hiding in cargo, oestrus in cows, cancer in humans and even underground water leaks.

The sense of taste is important to all animals as a screen to judge whether a foodstuff is edible. When ants find a source of food, they leave a “taste trail” as their abdomen brushes the ground on the return journey to the nest. This trail leads other ants from the nest to the food source. They themselves leave trails, and by this method, the entire colony of ants is alerted to the presence of food.

The final sense, touch, is probably underrated by humans. We use it all the time, but while it is not as obvious as the other senses, it has a very important role keeping our bodies safe by letting us know when we damage ourselves through the feeling of pain. Some animals use touch to a much higher degree than humans. A cat’s whiskers have dense clusters of touch nerve organs around their roots. This sense is particularly important in low-light situations, which is partly why cats and rats are able to move around so nimbly in darkness. Fish and marine mammals have an extended sense of touch because water carries vibrations that would not be transmitted through the air. The manatee, or sea cow (like a cross between a dolphin and a whale) has a “long-distance sense of touch”. Even in darkness, they are able to sense the presence of human divers around them. They have whisker-like hairs all over their body, and these allow them to detect changes in currents, water temperature, and tidal forces. Not surprisingly, the regions of the manatee brain associated with “touch” are especially large. If we had no senses, we would not be able to interact at all with the world. It would be as if we were wrapped up in cotton wool, in darkness and silence. Our senses, and those of animals, all contribute to the most important sense of all – the feeling of being alive.

Behaviour
Midget is a tiny, fluffy, black and white kitten, with long …

Ears
Tips on how to communicate with deaf animals 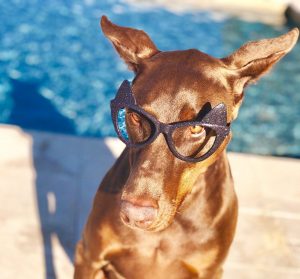 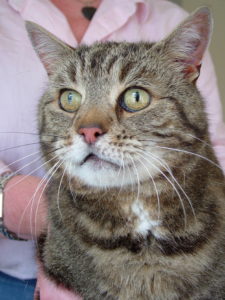