Last week, scientists announced that this past winter has been the hottest on record, going back to the first recordings, made in 1855.  While I appreciate that we didn’t suffer snowfalls, and there weren’t so many icy mornings, I find it hard to apply the word “hot” to the recent weather. It’s still been chilly enough. My pets agree with me. My dog Kiko, in particular, dislikes cold weather. Every morning, before her morning walk, she takes a look out the door before making a decision. If it’s too cool, windy, or wet, she will turn on her tail, and head back into her bed.  It helps to put a jacket on her: she has a sparse, short coat, and an extra layer of insulation gives her that extra warmth that she needs to feel comfortable. After all, if it works for humans, why not dogs?

When she gets cold, Kiko does something else that humans do: she shivers. As soon as she warms up, she stops trembling. A friend of mine also has dogs that shiver when they get cold, but recently, he noticed something interesting. When his dogs were outside on a cold day,  wanting to come inside, they used shivering to persuade him to let them come inside. He proved this by noting that if they were observed, but not aware that they were being observed, they didn’t shiver. But as soon as they see him watching them, they begin to shiver violently. It was beyond doubt that they deliberately chose to shiver because they had learned that if he saw them shivering, he’d let them come indoors, where they wanted to be. I have heard about other dogs shivering voluntarily: in a range of situations, they have learned that if they shiver and “look pathetic”, they get attention and treats. They have become experts in doing this, and their owners have no idea that they are being taken advantage of.

Shivering can happen for a number of other reasons, other than cold and learned behaviour… It’s a normal reaction to excitement in many situations. Even on warm days, Kiko shivers with anticipation as we get closer in the car to her favourite place to go for a walk. Dogs that are frightened or anxious often shiver too. I know many dogs that tremble whenever their owners drive past their local veterinary clinic. As well as these normal (“physiological”,  to use the technical term) causes of shivering and trembling, there are a number of disease-linked causes.  A normally healthy dog should not shiver if cold, excitement or fear is not affecting them.

There is a long list of possible diseases that can cause animals to tremble. The list includes Addison’s disease (hypoadrenocorticism), kidney disease, and diabetes mellitus, but there are many others. In nearly every case, the shivering is only one of many signs of disease, but it’s still a significant aspect of the illness.

Apart from these specific diseases, a high temperature can make dogs tremble, just as you might feel shivery yourself if you have a fever.  In such cases, the dog will also be dull, with little interest in food, in just the same way as humans with a fever.

Seizure disorders can also make dogs shiver and tremble. Most people know about grand-mal seizures or full-blown generalised fits that go along with classical epilepsy. But so-called “partial seizures” are less well-known: affected dogs tremble, shiver and shake intermittently, with the dog being perfectly normal in between. It can be difficult to pinpoint the cause of this type of brain disorder. The first step is for you to keep a diary, noting when your pet has these episodes, as well as taking a video (e.g. on your phone) so you can show your vet exactly when they happen, and what they look like. Sometimes major investigations are needed to find out the underlying cause (e.g. MRI scans) but in other cases, a simple treatment with a low dose of anti-seizure medication can be enough to settle the problem down.
Some poisons can also cause pets to shiver and tremble, but the pattern is different from other causes: the animal is completely normal one day, then the next day, they are suddenly trembling, and there will often be other signs too (such as vomiting, or dullness).  Poisons like slug bait or toxic fungi can cause these signs, and depending on the dose taken, signs can be much more severe, progressing to generalised seizures and collapse. If you think your pet may have been poisoned, an urgent visit to your vet is important.
Animals suffering from pain often tremble too, with causes like arthritis, spinal pain, and abdominal discomfort. Sometimes vets will identify a cause of pain through an examination (e.g. by moving a joint and see if a dog reacts). In other cases, a vet may put a dog onto pain relief, to see if this stops the shivering.

If your elderly dog shivers, the cause could be “essential tremors”, a common problem that does not need to be treated. I used to have an elderly dog called Spot who often trembled. I had to rule out the other causes listed above, but once I’d done that, essential tremors were the only possible diagnosis. He shivered, but not because he was cold, sick, or in pain. He didn’t need treatment, and he continued to happily shiver until the end of his long life. As we move into springtime, it’s probably going to continue to be warmer than in the past. But we’ll still have cold days, and Kiko will still shiver without her jacket. 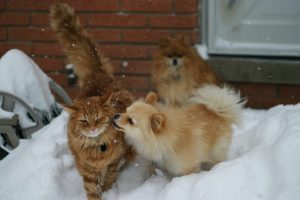 How to keep your pets safe as temperature plummets.

General Information
With weather warnings issued, it is important that you and y… 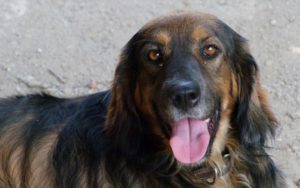 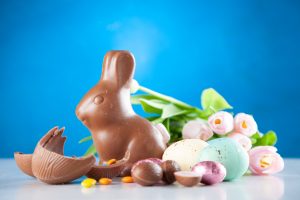 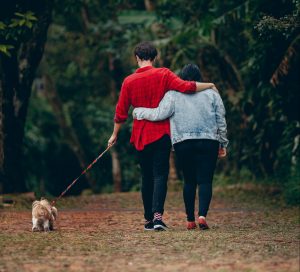 A walk in the Park