Ireland is officially snake-free, thanks to the good work of St Patrick all those years ago, but I’ve no doubt that unofficially, there are thousands of snakes lurking around the country. I’m not talking about wild snakes: the reptiles in question are escaped pets.

Snakes are expert escapologists. They’re able to spot the smallest of escape routes, even when kept in enclosures that appear to be completely sealed. A typical vivarium (the glass tank that’s used to house a snake) has a number of possible flaws. The most common problem is simple: the sliding door is left ajar by the snake’s owner. A gap of less than a centimetre is easy to miss, but the snake will spot it at once. And a snake is able to compress its body into a slim, string-like contour. Slowly and silently, it’ll slip through that space, and when the owner’s next checks, the snake will have vanished. Other possible exit points include a poorly fitting tank lid and over-wide ventilation slats.

I’ve experienced snake-escapes both as a snake-owner and as a vet. My daughter had a corn snake as a pet; she kept it in her bedroom. She was meticulous about keeping the reptile securely enclosed, but one of her friends was a bit too casual. At the end of a day of visitors, the vivarium door was found ajar, and the snake had gone. We started a careful search of her room, and the snake was soon found, hiding in a pile of clothes in a corner of the room. From that day onwards, everyone else was banned from touching the vivarium. We were lucky to find the snake; if he’d gone through a crack in the floorboards, or beneath the bedroom door, he could have made a permanent get-away.

How To Track Down A Snake

Snakes are particularly difficult to track down and catch. Other escaped pets (such as dogs, cats, hamsters, and others) get hungry within 24 hours, making it easy to lure them into a trap if they’re on the run. Snakes can easily manage without a meal for several weeks, so patience is needed. And there’s a good chance that they’ll feed themselves, finding rodents or other small edible creatures in secret corners of the family home. Even if they do get hungry, they’re often not in a hurry to seek out food in a public way. They lurk in quiet hiding places, waiting for opportunities rather than coming out into the open.

I remember one large python that I was called to treat as a vet. The snake had vanished six weeks previously, and the owner couldn’t understand where the creature had gone. He was three feet long with a body as thick as a child’s wrist, so you’d think he’d be easy to spot. However, all searches had been fruitless. One autumn evening, the owner was laying the first fire of the season when he heard a rustle from above; he reached up the chimney, and there it was, hiding on the chimney shelf, out of view. He hauled the reptile out and put it back securely into its vivarium. It had lost a lot of weight, and he thought it would be ravenously hungry, but when offered food, it showed no interest at all. He brought the snake to see me find out what was wrong.

Whenever any animal refuses to eat, one of the first things to check is the mouth: if eating is painful, no animal is going to take food. When I opened the snake’s mouth, the problem was obvious. The roof of the mouth and the back of the tongue had a nasty infection known as “mouth rot”. The snake had to have a course of antibiotics and medicated mouthwashes to solve the problem.

Most pet snakes are harmless, so when they escape, it’s a nuisance rather than a threat to the public. If a venomous snake escapes, it’s a different story. The Egyptian cobra is an example of a highly dangerous snake: it can grow up to six feet long and can kill a human with one bite. One became infamous a few years ago after escaping from its vivarium in a Toronto apartment: two homes had to be evacuated for five months due to fears of the poisonous snake. The snake never turned up, and his owner was jailed for a year, after being found guilty of “mischief and common nuisance”
More recently, another Egyptian Cobra – this time from New York – made headlines after escaping from its enclosure in the Bronx Zoo. As zookeepers hunted for the escapee, the Reptile House was closed down, which made sense. Apart from the real physical risk, would anyone really want to visit somewhere where there’s a worry that a deadly snake might sneak up and bite you from behind?

Meanwhile, somebody posing as the snake set up an account on Twitter, sending out regular Tweets describing its imaginary tour of New York City. Over 200000 people followed the snake’s trip to such well known destinations like the Statue of Liberty and the New York Hilton Hotel. The cobra eventually turned up after ten days; it was found skulking in a corner of the reptile house.

Snakes can make wonderful pets, but if you do get one, don’t forget the need for tight security. When a snake escapes, it’s no fun for the animal and it’s worrying for the owner –  not to mention their nervous friends and neighbours.

General Pet Care
The Egyptian cobra is not a snake to mess with: it makes our… 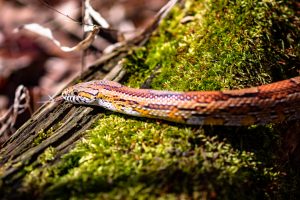 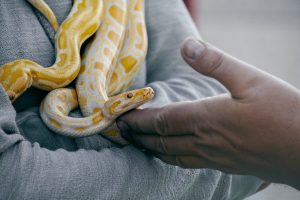 General Pet Care
Snakes are popular pets, but are not to everyone’s taste.T… 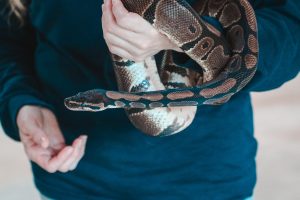