Why Do Dogs Roll in Dirt?

Jack is a two-year-old long haired terrier. Last year, he began to indulge in a behaviour that seriously upset his owner Susan. She explained the background to the problem. “Jack is friendly, good with children and he’s very intelligent. He is the perfect dog, apart from this”.

Sense Of Smell In Foul Substances

As Susan said “this”, she wrinkled up her nose, frowning at me and gesturing at Jack. I could see that his coat was streaked along the back with some dark, greasy substance. “Do you get the smell?” she asked, wrinkling up her nose even more. I leant in closer to Jack and sniffed.

This was a mistake. Jack’s coat had an odour that could only be described as “vicious”. I didn’t get it at first, so I inhaled more deeply, and suddenly it was if the smell had assaulted my nose. I gasped and stepped back, “Now you have it”, she said, with a grim smile.

“What am I going to do?” Susan explained how she took Jack for a walk every morning up to the local woodlands. Jack loved running off the lead, dashing through bushes and undergrowth, following scents and sounds. He always came back panting and dishevelled, and in recent times, with the dark brown grime along his back, reeking of a foul stench. “I know exactly what it is”, she told me. “I followed him one day. There’s a badger sett, with piles of badger droppings outside it. He likes rolling in that, for some strange reason”

Jack’s routine was an extreme example of common dog behaviour, which is thought to go back to the days when Jack’s ancestors were wild dogs. The purpose of the behaviour is thought to be an attempt to confuse or disguise body scent by mixing it with that of other animals (and other natural odours). In short, this provides camouflage which allows wild dogs to stalk and hunt prey more effectively.

There also seems to be an additional motivation is to increase or replace personal odour. The sense of smell is very important to dogs, but it is difficult for us humans to understand it.

So what can be done? The one thing that does make a difference is bathing. However, the dilemma is that dogs that are regularly bathed, and especially shampooed, soon lose their own odour and often seem more insistent on finding something smelly to replace it.

For this reason, Susan had to try not to clean Jack too often and she had to stop using scented shampoos. The problem was that Susan and Jack had entered a vicious cycle of shampooing and muck-rolling. The more she shampooed him, the more he wanted to roll in the muck. And the more he rolled in the muck, the more she wanted to get him clean again.

With this in mind, the best idea was to try to break the cycle. I suggested that she should give Jack a good clean with a simple, unscented shampoo. After that, she should keep him on the leash for a few weeks, while he regained his natural odour. She should use a long lead to give him some freedom and let him rub on the ground away from dirty areas so that he would feel that he was picking up some natural scent.

I also suggested that Jack should be castrated. Male hormones make dogs more territorial, and more likely to be concerned with advertising themselves with body odour. Three months later, I met Susan and Jack on a walk along the seafront. “Meet my natural-smelling dog”, she told me. “It worked. I don’t wash him any more, and he doesn’t roll in the muck. I call it our “’ sweet-smelling deal’” 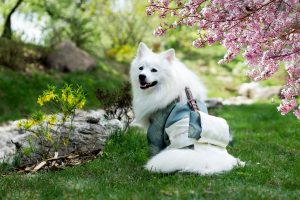 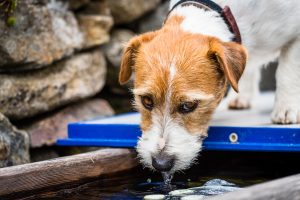 General Illness
Healthy animals should not normally have a strong smell. If … 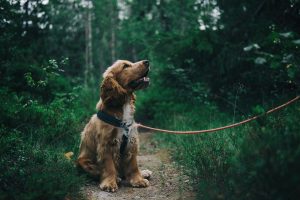 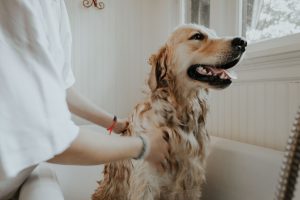