Kennel Cough is an interesting disease. It’s caused by a couple of different disease agents, working together. If either of these infects the dog on their own, they rarely cause a problem. It’s only when they work together that the serious, distressing signs of Kennel Cough are seen.

The main causative agent is a bacteria, known as Bordetella Bronchiseptica.  However, if a healthy dog is exposed to this on its own, the natural body defences are usually sufficient to control the bacteria so that, at most, a mild and transient cough develops. Often there may be no signs of illness at all: the infection is eliminated naturally.

There are exceptions to this rule: animals with an immune system that’s not 100% effective can sometimes succumb to a full-blown, out-of-control infection with Bordetella. This is exceptionally rare, but it serves as a reminder that even relatively minor bugs can cause major crises in certain situations. In most cases, to become established in a dog’s airways, Bordetella requires other disease-causing agents to infect the animal at the same time.

The other “partner in the Kennel Cough crime” is a mild respiratory virus: there are several such viruses hovering around the canine population. Like Bordetella, these viruses don’t cause much of a problem on their own. If a dog is infected, there might be a gentle, throat-clearing cough for a day or two, but it would hardly be anything that an owner would notice, and it usually self-cures without any need for veterinary intervention.

The sequence of events in Kennel Cough starts with this mild viral infection, which is just enough to dampen down the dog’s natural defences. If the Bordetella bug arrives in a dog’s throat when it’s already infected with a respiratory virus, the bacteria are able to multiply rapidly, penetrating the lining of the throat and establishing a significant disease-causing infection. The lining of the throat – and sometimes the lungs – becomes red and raw, causing the animal to cough and retch repeatedly. The signs develop with such rapidity and severity that most owners believe that there must be something stuck in their pet’s throat.

Without treatment, the cough can continue for weeks or even months. Fortunately, antibiotics are generally effective at killing the Bordetella bacteria, and after a few days of tablets, the inflammation of the throat resolves, and the cough clears up.

Most pet dogs are not at serious risk from Kennel Cough during their normal daily lives: they’d be unlucky to pick up both the virus and the bacteria at the same time.

The big risk to most pets happens in situations where lots of dogs are housed together at one time: boarding kennels are the prime example, which is why the disease has been named Kennel Cough. Both the virus and the bacteria are transmitted by aerosol: when one dog coughs, the air in the immediate vicinity is filled with microscopic disease-causing particles. In a kennel situation, dozens of dogs often share the same airspace. One dog breathes in the air that its neighbouring dog has just exhaled. It’s easy to understand why a double infection like Kennel Cough can spread rapidly and effectively.

Fortunately, there’s a vaccine against Kennel Cough. It’s given in an unusual way: by being squirted into the dog’s nose. The vaccine directly stimulates the lining of the nose to produce antibodies.

The vaccine is not normally included in the standard booster vaccination, but if a dog is going to be at a particular risk of Kennel Cough, it makes sense to vaccinate. All good boarding kennels insist that dogs are only allowed on the premises if they have an up-to-date certificate confirming that they have been vaccinated against Kennel Cough. It’s the only way to prevent a serious epidemic of the disease striking the kennels.

Is your dog going into boarding kennels this summer? If so, be sure to get that Kennel Cough vaccine organised. Your dog may not enjoy that squirt up the nose, but it’s worth it to prevent that nasty, choking, disease. 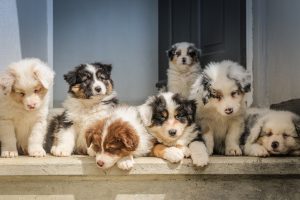 Respiratory System
Kennel Cough - or acute tracheobronchitis - is probably the … 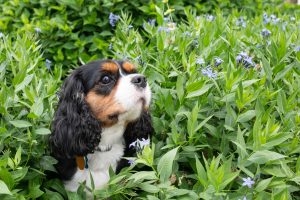 Illness and Treatment
If a dog coughs more than occasionally, veterinary help is n… 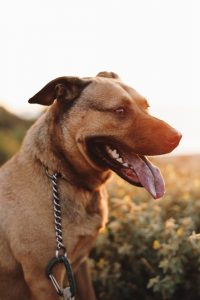 Respiratory System
How to determine a bad cough 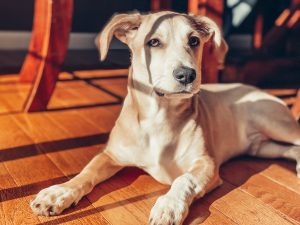 Can dogs or cats contract or spread Coronavirus?